We live and work above layers and layers of history, of art, of culture often unknown to us. Sandwiched in between the remnants of bloody wars are the relics of a peaceful stretch of history. The architectural prowess of one civilization gives way to the simple construction of homes as technology is lost. Traditions get passed down, changing through time as one group passes them on to the next. These form a palimpsest of history, diverse layers hiding beneath the surface we see every day.

Palimpsest is a game about creating and discovering the development of civilizations across thousands of years, and understanding how one led to the other. You and a few others will be collaboratively creating concepts for civilizations, taking on Lenses of them, explaining how they faded, how they came to be, and how ideas get re-contextualized from one to the next.

You'll be connecting these civilizations to each other by leaving behind artifacts, relics, traditions and ideas for the next civilization, and building subsequent civilizations based on what you leave behind.

Palimpsest is a 28-page full color book, based on “I’m Sorry Did You Say Street Magic” by Caro Asercion

What you need to play:
• 3-5 people
• Some paper or index cards
• Something to write with
• A few hours

A full-color, 28-page zine of Palimpsest. This is a limited run, so if you're interested grab a copy now! For the moment this is US only. If you're interested in being a distributor, please reach out to me on Twitter @gordiemurphy. Price includes US shipping.

Please make sure to fill in your shipping address so I can send you the book!

International pre-orders can now be found at Floating Chair Club

Palimpsest is a civilization-creating game, a la Microscope, where you build a world layer by historical layer, creating a rich, complicated, sometimes paved-over history.

The PDF is 15 pages, with a strong cover and fun, well-composed layout. The majority of the art is stock photography...but phrasing it that way kind of undersells it, as the photos break through the book's whitespace, join together like building materials, peel off of the page like bark, and in general make for an extremely engaging backdrop for the game's text.

Over time, each civilization falls and a new one picks up, but as you bury the civilizations in turn you create a rich bedrock for your setting.

The game flow is easy to follow, and there's a handy reference sheet at the end. There's also some safety mechanics at the beginning in case you accidentally veer into territory that messes you up. Notably, every civilization in palimpsest has an expiry date on it, but they don't have to all end in fire. Some can simply give way to their successors, allowing your setting to be as peaceful or as chaotic as you wish.

I think Palimpsest is a cool utility if you *really* want to flesh out a whole game world, or if you want to play a very big-picture world-building game.

If you like settings with a lot of archaeology and prior cultures, you should definitely pick this up, but it also feels like it'd be fun as a one-shot or a way to get your creativity in gear before starting a big campaign.

​This game’s neat! I like the juxtapositions of the bark and the barn and the limestone and the concrete and the minerals and the paints. The way they complement the steps are soft and lean into you and work. A game about material as much as Dialect is a game about language.

A very beautiful and interesting game. Perfect for some discord calls or chats with a few creative folks. Come out the other side with some stories to tell. 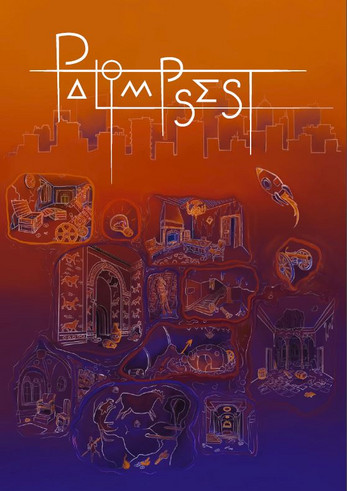 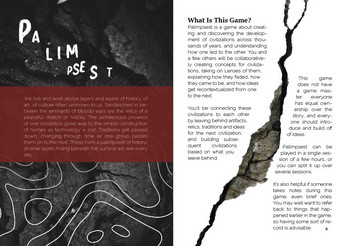 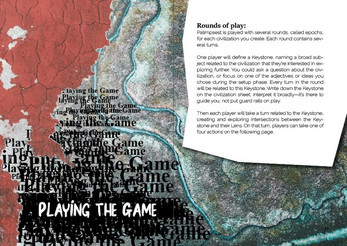 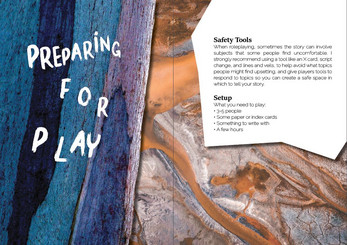